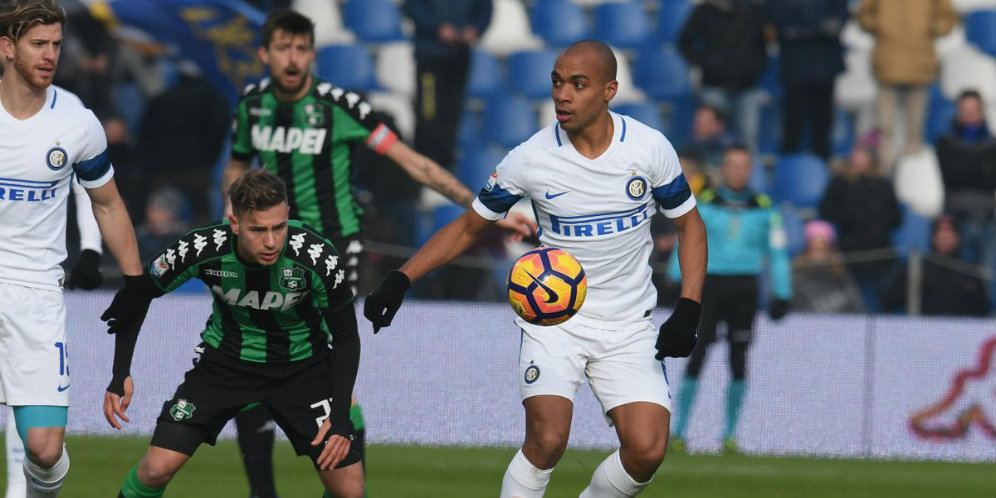 After an unexpected hard-fought comeback win at Chievo on opening day, Juventus now know they can’t be complacent and rest their laurels on Ronaldo’s arrival. They have the strongest squad in the Serie A by a country mile but that just means the expectations are higher and every team will bring it to them every night to grab the headlines the next day. Massimiliano Allegri speaks of this very often and in a tweet after the game he repeated that only hard work and utmost concentration will secure an 8th title in a row.

Lazio had the opposite type of game than Juve did. They started strong and went ahead, got the result turned around and never managed to re-ignite. They ended up losing at home to Napoli 2-1 and to be honest they never looked dangerous in the 2nd half. They have a decent squad but rumours surrounding their top player Milinkovic Savic surely aren’t helping.

This brings us to the highlight match of the weekend. Juventus will again be able to field their strongest 11 and go for a 4-2-3-1 with Ronaldo as lone striker upfront. Ronaldo will look to finish his chances this time round and get his first official goal for his new team. Juventus will be ready to impress their home crowd and the last 5 meetings between the two are heavily in favour of Juventus with the home side winning 4 and the away side winning just once. The matches are typically fast paced and hard fought so expect some high tempo (HINT: this leads to more cards). Our Serie A week 2 predictions will start off with a win for Juventus.

Napoli come off a strong performance last Saturday where they came back from 1-0 down to win 2-1 at the Olimpic Stadium in Rome against Lazio. They showed character and grit. They started off distracted and then controlled the rest of the match with their offensive possession and goal scoring capabilities in full strength. Milik, Insigne, and Callejon had a cracker of a game with each participating in Napoli’s first goal (fantastic piece of work by all three).

Milan will be having their season debut as their first game was postponed out of respect towards their opponents and the tragedy in Genoa earlier last week. This will be a tough first test for them and they do not get the luxury to adjust as all other teams after their first game. Milan go into this game after having had a decent transfer market bringing players like Higuain, Caldara, Laxalt, Bakayoko and Halilovic. The realistic expectations for Milan are to get back into Champions League by placing top 4. This game is a good way for them to gain utmost confidence in their new squad.

The last 5 head to head matches at the Stadio San Paolo are Napoli’s stronghold. They won 4 of the last 5 and drew once to the Rossoneri. Napoli are also extremely prolific vs Milan at home. In fact. they have scored almost 3 goals per game in each of the last 5 meetings and winning by a margin of almost 2 goals per game. This will be a tough one for Milan.

*This is a high-value super tip!*

Avoiding relegation is one of SPAL’s main objectives for the season. For Parma it is restoring normality in Serie A and back to the good old days. SPAL managed a good away win against a direct relegation rival Bologna, a marginal 1-0 but 3 points nonetheless. The goal came from their best midfielder Kurtic and the match was quite hyped with some tough tackles. In fact, the most on day one of the Serie A with 5 yellows and 1 red.

On the other hand, Parma walk away with mixed feelings from their first game. The prospect of winning after leading 2-0 with the disappointing finish of a 2-2 draw. Inglese looked fantastic and got the 1-0. He had some great touches and is looking extremely promising for a spot in the national team. These two teams have never met in their history in an official game. This game is already crucial for Parma as they can’t afford to lose ground.

Cagliari come out of Round 1 with a heavy 2-0 loss away to Empoli. Things did not look as bad as the result for Cagliari though as they had a respectable match and actually had a good attacking display stopped by Terracciano in goal for Empoli.

Sassuolo got off to a dream start by beating Top 4 favourites Inter. Magic for the Nero Verdi with Berardi, Duncan and Boateng all shining. Sassuolo showed great pace in their attacking and Inter looked average at best when trying to stop Sassuolo’s constant runs. They go into this match in full confidence that they can come out with a good result and possibly 3 points. Hopefully they will find the same motivation and effort displayed against Inter again next Sunday against Cagliari.

In the last 5 years, these two teams have met 4 times at the Sardegna Arena, 1 win for Sassuolo, 2 for Cagliari and 1 draw. Bar the latest game at this stadium, the previous 3 have returned a high goal scoring encounter.

The home side missed out on the season debut at Sampdoria due to the tragedy in Genoa last week. Stefano Pioli didn’t get the chance to display his new team members in Saponara and Pjaca. In addition to Chiesa and Simeone, the Fiorentina frontline should be able to entertain their home crowd this season. They should be looking forward to showing that they deserve a shot at a Europa league place.

Chievo Verona started against giants Juventus and almost pulled off a shocker, but in the end Juventus were too strong. To be honest, Chievo only got forward twice and score a header and a penalty. The rest of the game was Juventus relentlessly trying to get on goal with 25 shots. Sorrentino won’t be there as he broke his nose in a clash with Ronaldo so, Seculin will take his place and in form striker Stepinski will try to save his side from a tough fixture away at the Artemio Franchi.

The last 5 matches between these two in Florence is no good news for Chievo. They failed to score in their last 5 clashes away to Fiorentina and this resulted in Fiorentina winning all 5 convincingly. This will be no different.

Frosinone are not looking good after their first outing. Atalanta absolutely dominated them on the Monday night clash running rings around them. Bologna also looked abysmal against SPAL on their opening game. They were nervous and could only contain their opponent with rough play and hard tackles. Two of those tackles meant a red card for Nagy (he will be suspended for this game)

In the course of their history, these two teams hardly played against each other with the two latest meetings at the home stadium being in 2015 and 2016. Both games went Frosinone’s way.

The tragedy was awful. 45 people dead and this meant their first game away to Milan was postponed to October with state funerals taking priority. Genoa play at the Ferraris in a game that will surely be an emotional rollercoaster. Surely the home team will look to win this one to help the city in their recovery.

Empoli won their first game and looked ok overall. They got away with some defensive mistakes, but a 2-0 win was enough for the 3 points and that’s what counts. The last 5 between these two were all low scoring encounters hovering around the 1-0 and 0-0 mark. This one will be the same, one goal will snatch the win.

Both these teams came away with a 1-0 loss on the first day of the Serie A. Torino came away with their heads held high as they had a gutsy display against a good Roma side and succumbed to a late goal. Inter on the other hand were utterly rubbish. They never looked dangerous and their defence looked weak and Sassuolo were a threat all game. Inter need to be better. In all fairness the Nerazzurri had a few missing players with Spalletti forced to make do with a makeshift formation. Next match Spalletti gets Skrinijar and possibly Nainggolan back and will be happy about that.

Torino almost managed to snatch a point or three against Roma and they will be encouraged by their performance and looking forward to their San Siro visit. They believe in their abilities and so do we. Shocker at the San Siro? Their last 5 meetings in Milan were mixed results. 1 draw and 2 wins a piece. Lots of corners and some yellow cards.

It will be a tense game as both cannot afford to get a 0-points start in two games (especially Inter). Their defence does not convince anyone and they had trouble getting forward against lowly Sassuolo. Torino definitely look the better side until Inter settle.

*This is a high-value super tip!*

Udinese had a good comeback against Parma last weekend and this earned them 1 point after it was looking extremely likely that they were going to lose the match. This will give them some motivation going into this second match of the season against Sampdoria. Samp on the other hand had no game in the first week as they were mourning the tragedy in Genoa. The tragedy struck in their district and we are sure that this will hit them hard mentally. The last 5 games between these two at the Dacia Arena had Udinese winning 2 and 3 draws. One thing stands out though and that is the amount of goals. They were high scoring encounters and this could be the same.

AS Roma vs Atalanta

Roma got a goal at the death with a Džeko on form in front of goal but they didn’t steal it. It was theirs to win after a good display on attack. They looked a little shaky on the defensive end as Olsen was forced into 3 super saves. Torino also had a goal rightly disallowed through VAR but Roma came out of it deservedly. Atalanta won their home game against Frosinone in a no contest. Totally dominated a weak side and got business done.

Coming into this game Roma obviously have the stronger side on paper. Their attacking force is visible and look dangerous on every run. If Džeko is on form, he is capable of scoring 30 league goals and he has the right personnel by his side to feed him the assists. Another great showing was Justin Kluivert with his superb pace and dribbling ability. An assist to Džeko on his debut and probably can’t wait to get his show on at the Olimpico on Monday night. The problem for them is that Atalanta are not a friendly push-over at this stadium. They are actually one of Roma’s toughest opponents in general. The last 5 meetings in Rome ended in 2 draws, 2 Atalanta wins and only 1 victory for Roma way back in 2014. Roma really need to get an early goal to overturn this Atalanta hump that exists for them.

The stakes are high here for Roma, they need to keep the pace with Juventus and Napoli if they want to challenge for the title.