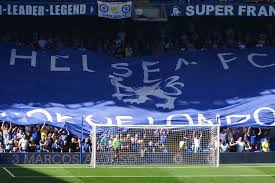 Southampton were able to get there first points and win of the season on the board last time out as they beat 10-man Brighton away from home. It’s clear to see the improvement in Saints since this time last year but there is still a very long way to go before they are back competing for European spots.

Manchester United thought they had rescued a point in their last game as they scored in the dying moments at home to Crystal Palace. However, a lapse in concentration let the Eagles back in to steal all three points to the disappointment of the United faithfuls. A response this weekend will be very much needed with pressure mounting on the side.

With Southampton’s attacking options looking a lot stronger this season, we can see this one being a bit of a goalfest.

Chelsea managed to see off Norwich away from home last time out, although they made it hard for themselves, eventually only winning 3-2. Mason Mount and Tammy Abraham got on the scoresheet in the match which shows Frank Lampard’s faith in his youngsters. It’s fair to say they are repaying the favour to the Chelsea legend.

Sheffield United lost their first game of the season last weekend as Leicester beat them on home soil. They’ll be looking to get some more points on the board early on, but these are the games they will feel are free hits and if they can get any points, it’s a huge bonus not only for the league position, but for confidence to.

Chelsea will not want to make any mistakes in this one and we don’t think they will.

Crystal Palace would have been left filled with confidence after beating Manchester United away from home, the first time they have done it in the Premier League era. After a rocky start, Palace put on a performance to remember last time out and they’ll be hoping to maintain that type of football going into the rest of the campaign.

Aston Villa put on a very mature show on Friday night as they welcomed Everton to Villa Park. For the first half an hour of the game they were massively under pressure and could have conceded. But a good fight back meant they ran off 2-0 eventual winners. They’ll know a similar performance here could give bag them some more important points.

Crystal Palace will be living on cloud 9 right now but we can see them falling back down to earth in this one.

Leicester are looking some threat this season under Brendan Rogers and are so far yet to lose a match. They will see this as a good chance to keep than run going to keep climbing up the Premier League table as they chase European football next season. The likes of Jamie Vardy, James Maddison and co will want to play on the biggest stage so for Leicester it’s important to get there to keep those players.

Bournemouth were dismantled and dominated by Manchester City last time out but that’s nothing against them as they were not the first and will not be the last team to have that done against them by City. That was Bournemouth’s only defeat of the season to date and they’ll want to keep it that way this weekend.

Looking at the two squads, we think Leicester are much stronger and got a lot more depth so we’re going for them to get all three points.

Manchester City are yet to lose a game so far this season and have only dropped points against Tottenham which was a game everyone thought they should have won. If they are going to retain the trophy again, they must win games like these and with the quality they have throughout the squad, we can’t see that being too much of a problem.

Brighton have had a decent start but would have been left frustrated after losing 2-0 to Southampton last time out. After losing a player after 30 minutes it was always going to be a difficult afternoon for the side and it proved as the Saints secured an important three points. Brighton will want a response but even a good performance might not be enough.

Manchester City are by far the better side and we can see that proving the difference this weekend.

Newcastle pulled off one of the shocks of the weekend on Sunday as they beat Tottenham away from home to secure their first win of the season and first win under new manager Steve Bruce. It was much better from Toon who have up to then struggled to compete against anyone they have player. The Newcastle faithfuls will hope this is a turning point for there season.

Watford have had a shocking start to the season and it’s one almost no one expected. They have lost 3 out of 3 and will now feel a lot of pressure on this game to get their season up and running. However, that could be tough after the start they have had and the confidence Newcastle would have got from there win over Tottenham.

Newcastle will be confidence but Watford will be desperate to get something from this one and we can see them bagging a point.

West Ham beat Watford 3-1 away from home last time ou with new signing Haller bagging a brace in the game which has shown the league what he’s all about and the threat he poses to defences around the country. West Ham will want to make no mistakes in this one and bag all three points on the board.

Norwich have been very good so far this season, even though they have lost two of their opening three matches. In all fairness, those two defeats were against Chelsea and Liverpool and were games they both put on a good show. Pukki is the bright spark for the side who has already scored 5 goals in three games which is a total he could have only dreamt of so far.

West Ham will see this as a good chance to get another three points and we can see them taking it, although Norwich won’t make it easy.

Burnley would have been absolutely gutted to have missed out on all three points as they gave away a penalty in the final minute which Wolves took with the final kick of the game to get a point. However, a lot of positives can be taken from it for Sean Dyches men going into this huge test.

Liverpool are the only side still to have a 100% record in this season’s Premier League with 3 wins out of 3, having scored nine and conceded just three. They look like they mean business once again this season and we personally think it’ll be another two horse race between themselves and of course, Manchester City.

Burnley have been decent so far this season, but we still think Liverpool will prove to strong.

Everton would have been left shocked last time out as Aston Villa put on a great performance which beat Everton 2-0 away from home. It was the Toffee’s first defeat of the season and one they will want to put behind them as soon as possible and get back to winning ways. Everton have a strong side this season and one that should be challenging for the top 7.

Wolves would have felt they got away with one on Sunday as they scored a last minute penalty to rescue a point at home to Burnley. After the draw to Manchester United, they would have been annoyed to give Burnley a chance but this on paper in a tougher test and one they must be ready for otherwise they will pay the price.

Wolves haven’t been at their best so far and have been slow at getting started which is where we think Everton will take advantage.

What a game this is to finish Super Sunday as Arsenal welcome Tottenham to the Emirates. Arsenal lost last time out as Liverpool put three past them to win 3-1. Although they lost, they looked sharp and when Lacazette came on and they played a front three of Pepe, Aubameyang and Lacazette, it was a warning that the front three could cause a lot of damage to opponents this season.

Tottenham were involved in a shock for all the wrong reasons last time out as Newcasle who were yet to pick up a point, beat them 1-0 at the Tottenham Hotspur Stadium. This is a much tougher test for Spurs and if they play like they have so far this campaign, they could be in for a heavy defeat against their arch rivals.

We can see Arsenal getting the better of Tottenham in this one and this season which is something they have been unable to do for the last few campaigns.