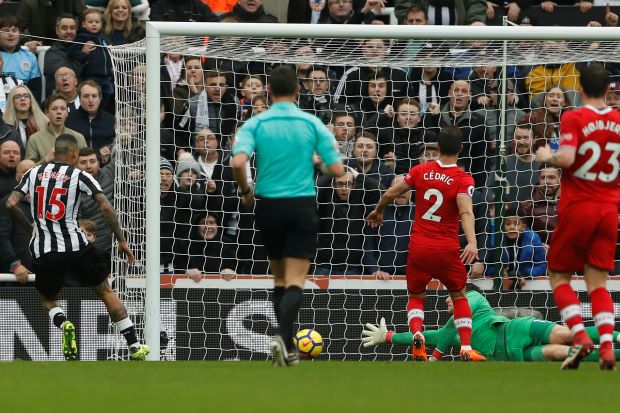 Everton will need two wins out of two if they’re to have any chance of finishing in the top 7 this season as they are already 4 points adrift of Wolves. If it wasn’t for a really poor mid-season crisis for Everton, they could well be pushing into the top six but it has definitely been an adjustment season for the Toffees.

Burnley can now play without any kind of pressure after there Premier League status for next season was confirmed after a run of good results. Burnley may now show what many expected from them at the beginning of the season now the pressure is completely off which could see them pick up a positive result.

Although the pressure is off, Burnley have been below standard for much of the season and with Everton showing a lot of quality at the moment we think they will get the job done.

Bournemouth are another side who have looked safe for a while and with that in the back of there minds, they have taken their foot off the gas which has shown in recent results. At home, they have been a lot better and now they’re playing for nothing, they will want to put a show on for the fans.

Tottenham still have work to do if they are to stay in the top four but they could all but secure that if they win this one which would be a huge relief for Champions League football next season. They may have one eye on the second leg of the Champions League semi-final match with Ajax next week which could work against them.

We have a slight feeling Bournemouth could get a point from this game. Tottenham will want to rest a few players for next weeks game which could open the door for the Cherries.

West Ham have had a half decent season after a very poor start and now look as if they will finish in 11th unless they lose both remaining matches. With this being the last home game of the season, they will want to put on a show and with the quality they have, they certainly could do that.

Southampton secured Premier League football for next season after playing out a thriller with Bournemouth last time at St Marys which ended 3-3. They have looked so much better since the appointment of Ralph Hassenhutl, in fact, they have won more games in 2019 than they did in the entire of 2018 which is some achievement.

We can see another shock result in this one with the Saints away from picking up and West Ham being very hit and miss at home.

Fulham have been relegated for some time now but since they have picked up two wins which shows what could have been if they had got the right man in earlier. Scott Parker looks as if he is doing a good job behind the scenes at Fulham and they’ll be hoping he can continue that next season in the Championship.

Wolves have everything to play for in this one and with that in mind, we can’t see them slipping up.

Cardiff are four points from safety meaning even if they win this one, they could be relegated. However, the only thing they can do is get two wins out of two in the remaining matches and if that’s still not enough, then they can not do anymore. It doesn’t look as if it going to end well for the Welsh side after being promoted just last season.

Crystal Palace haven’t had much to play for since a few weeks ago meaning they can play without any pressure which can help sides. With Cardiff needing all three points, they can be sure the home team are going to attack them which could open them up in behind for the pacey Palace wingers to exploit.

Cardiff have been under par most of the season and we can’t see it being much different in this one.

Newcastle are another side who haven’t had anything to play for over the last couple of weeks and can play without any pressure. The only down part for the club at the moment in Rafa Benitez’s contract runs out at the end of June and without any deal in place, the Spaniard could be on his way out this summer.

Liverpool need to win this one to keep the pressure on Manchester City going into the last game of the season. A defeat here and Manchester City will have the chance to win the Premier League on Monday night at home to Leicester. Even a draw will all but be enough to see them throw away the title as Man City can go three points clear.

With so much on the line for Liverpool in this one, we think they will give everything and get all three points.

Chelsea are in the driving seat for top four as they are currently two points clear of Arsenal. They will know this is not going to be an easy match but with the home form they hold and the quality of the players they have on the cards, they should have enough to get three points and increase their chances of keeping there top four positions.

Watford still have a lot to play for this season as they are currently just four points adrift of 7th which is still catchable if they can win both of there remaining matches. It has been a great season for the club and one they will be looking to build on next season.

With so much on the line for Chelsea in this one, we can see them taking the game to Watford which will be enough for them to get all three points.

Huddersfield were the first side to be relegated this season and have been for some time. They have been unable to start picking up results even once the pressure was off which has just shown they have not been good enough for the standard of the Premier League this season. They will just want to enjoy there time in the Premier League in these next two matches.

Manchester United have to win there next two games to have any chance of Champions League football next season with the side three points adrift of Chelsea which they may not be able to catch even if they do win two out of two. With the quality Manchester United have, many expected them to get into the top four this season which will be a huge disappointment if they don’t.

We can’t see any other winner bar Manchester United in this one. Huddersfield have been nowhere near good enough this season and we expect that to be the same story in this one.

Arsenal have had some very poor results of late which has dented their chances of playing in the Champions League next season. With the Gunners two points adrift of Chelsea at this stage, they may not be able to get top four even if they win there last two games, but they have to keep the pressure on and take any advantage if it comes.

Brighton look as if they are pretty much safe but a win in this one or a defeat for Cardiff on the Saturday will guarantee there Premier League status for next season which will be a huge relief considering the scare at this latter part of the campaign. There is a lot of work to be done at Brighton if they are to keep staying in the league.

With Arsenal at home and so much on the line, we think they’ll get maximum points from this one.

Manchester City may have the chance to win the Premier League for two seasons in a row in this one if Liverpool lose to Newcastle on Saturday and even if Liverpool draw that game, they could only need a point from the last day if they can win this one. With so many players in such good form, City will fancy themselves.

Leicester will want to try and spoil the party for Manchester City and with former Liverpool boss Brendan Rogers, he will have extra motivation to win this one to give Liverpool the advantage on the final day if they beat Newcastle. Jamie Vardy has hit some great form this season since Rogers took over.

Manchester City have so much quality in their squad and having won the Premier League last season, they will know how to win matches like these and dealing with the pressure.