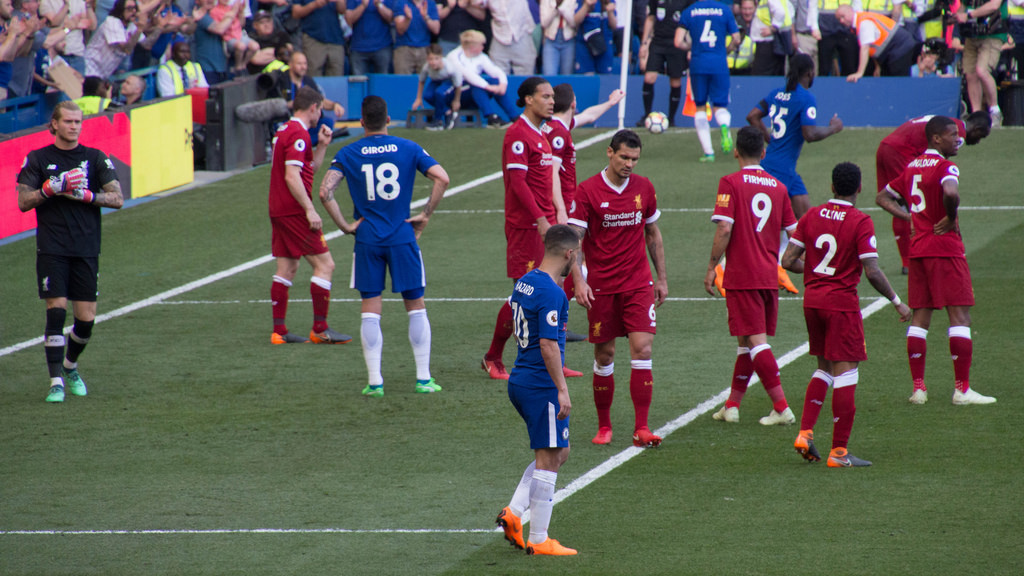 Leicester have started life under Brendan Rogers on fire and will be looking to make it five wins on the bounce in the Premier League as they welcome Newcastle to The King Power. Jamie Vardy has found his form under the new boss yet again which is a big reason behind there rise in form and in the league. A 7th place finish will now be in the site of the players and club.

Although Newcastle are currently 7 points clear of the bottom three, they will feel they still need at least one more win to secure there Premier League status for next season. Although that win looks a tough ask this weekend, they will know they are capable of winning this game and with Rafa Benitez as manager, you can be sure they will be organised.

With the form Leicester are currently on, we think they will steal the three points although Newcastle definitely will not make it easy.

Tottenham will be on a high after beating Manchester City during the week which has given them the advantage in the Champions League quarter-final tie between the two English sides. With Harry Kane picking up an injury which looks like it could keep him out until the end of the season, Tottenham will need to find goals from elsewhere.

Huddersfield have already been relegated down to the Championship and are now just playing for some pride with the remaining matches. They will be well up against it this weekend and with the side having won just three times all season, it’s tough to see them getting anything from this one.

We can see this being a pretty comfortable afternoon for the home side.

Brighton still find themselves in a bit of bother still, just five points clear of the bottom three and having lost both of there last two, confidence will not be at it’s highest. They did manage to scare Manchester City on the weekend in the FA Cup and they will know if they play it as they did at Wembley, they have a very good chance of getting all three points.

Bournemouth will still not feel as if they are completely safe with 38 points on the board but will know just one more win will pretty much secure there Premier League status for another year. They will know this is a big chance to get that win but with Brighton also desperate for points, it could be a pretty scrappy encounter.

We expect both sides to attack this game but with it being huge for both sides, we don’t expect many goals.

Both of these sides will know this is a huge game in their season. Brighton can put an 11 point gap between themselves and the bottom three with the win this weekend which will all but secure there Premier League place for next season. Two wins on the bounce for them coming into this which puts them in a good position.

Cardiff will know this is probably the biggest game of the season. A defeat and survival looks a tough ask, a win and they close the gap on all the teams around them which is a huge mentality hit for those sides. Neil Warnock will certainly be drilling into his players that this is a must win.

Although the win is more important for Cardiff, we can’t see them getting the better of an inform Burnley side.

Fulham, along with Huddersfield, have already been handed there fate with Championship football back at Craven Cottage next season. They will want to end the campaign well so they can rebuild for next season as they’ll look to bounce straight back to the big time. With nothing now to play for, it’s unsure on how they will turn up.

Everton have started to hit some great form and have now given themselves a good chance to finish 7th and possibly have some European football back at Goodison. If they are to do that, they can’t slip up in games like these. After the win over Arsenal on the weekend, they should have enough to push on and get another three points.

Everton have been in some great form and are showing the quality many expected a lot earlier on in the season. They should win this one.

Since the new year, Southampton have picked up massively under the new boss and are now showing some form of what they were doing a couple of years ago. This is a very tough game for the Saints with Wolves chasing European football, but with many players finding some form, they have a good chance to take a big step to safety at St Mary’s.

Wolves have had an excellent first season in the Premier League and will be desperate to try and secure 7th come to the end of the season. The defeat to Watford on the weekend at Wembley would have hit them hard and with that in mind, it’s tough to know how they will react in this one. If they are at there best, they could beat Southampton.

With Southampton picking up some good points of late and unlucky not to bag anything from the game against Liverpool last time out, we think they could steal all three points.

Bournemouth have a comfortable run in now as it looks like they are safe from the drop, but have no chance of catching the sides up to 7th. They will just want to make sure they have a good end to the campaign to set themselves up for next season so they can keep improving year on year.

Burnley are still in a lot of danger of facing the drop this season and will want to get all three points in this one to take them away from Cardiff. Burnley have been very hit and miss this season and the result all depends on how they turn up because, on their day, they can destroy opponents.

Not the most glamorous of fixtures but one that means a lot to both sides. With Bournemouth being the home sie, we can see them snatching it.

Crystal Palace all but secured there Premier League status last weekend as they beat Newcastle 1-0 away from home to move onto 39 points which looks like it could be enough. Another win or draw and you would say it was guaranteed. However, they could find it tough to get anything from this one with Manchester City having so much at stake.

Manchester City will be disappointed to have not got at least a draw during the week as they went to Tottenham in the Champions League quarterfinals. There is no doubt Pep Guardiola will want a reaction this weekend and we fully expect those players to give one as they look to try and win the Premier league come to the end of the season.

Manchester City should and we think will win this one as they look to keep putting the pressure on Liverpool in the fascinating title race.

The only option for Liverpool is to win this game. A defeat or draw and they will open the door for Manchester City to extend the gap at the top of the Premier League which will make the task for the title look a lot harder. They would have felt fortunate to get the win away to Southampton last time out and will know they need to play better to see off Chelsea.

Chelsea have just started to find a bit of form again and have climbed back into the top four as they look to secure Champions League football for next season. Eden Hazard is looking like he should again and is making it a nightmare for sides to stop him. If he plays at his best in this one, the Liverpool defence will have a difficult afternoon in front of them.

We can’t see Liverpool getting three points in this one. Although they need it, Chelsea will be desperate to stop them and with the quality they have, they could get in there way.

Watford are still in a dog fight for the 7th place finish and after the Wembley win over Wolves on the weekend, it may give them the mental boost they need to push on and have a good end to the season. Troy Deeney has been in great form of late and will make it a difficult evening for this Arsenal side.

Arsenal themselves have a lot to play for with four sides fighting it out for a top-four finish. Away form has been the problem for the Gunners this season and Watford is not an easy place to go. The defeat to Everton last time out wasn’t even much of a shock this season which is not the way we should look at Arsenal but they are vulnerable, especially at the back.

With Arsenal failing to keep a clean sheet on the road this season, we expect them to struggle once again on Monday night.