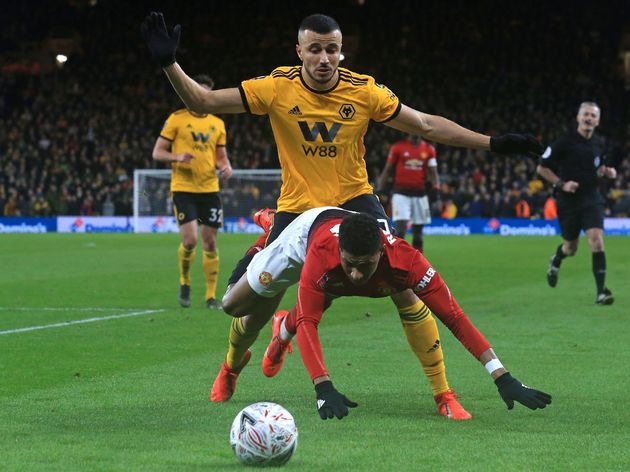 Watford go into this game knowing they still have a very good chance of finishing 7th this season which could be enough to get them European football next season. However, they are in a dog fight with many other clubs meaning if they are to have a chance, they will have to go and win games like this.

Fulham know they have to win nearly all of there games if they are to have any chance of staying in the Premier League this season and with the way the side have been performing, it is hard to see that happening. Another blow for the side is that they could be without Mitrovic who is the sides biggest threat and top goalscorer.

Only one winner for us in this one. Fulham have been below par for the majority of this season and with Watford fighting it out for 7th, we see them taking all the points.

An interesting encounter this one between two sides full of confidence. Wolves would have been knocked back slightly last time out having lost to struggling Burnley which has opened up the door to sides like Watford to take them on for 7th. However, on a whole, this side have beat all expectations and will thrive in a game the size of this.

Manchester United would have received a huge boost after Ole Gunnar Solskjaer was announced the permanent manager of the club last week. They proved that with a good win over Watford on the weekend with goals from the inform Rashford and class act of Anthony Martial.

We expect this to be a good game and full of goals but with United still putting in an attempt for the top four, we can see them stealing maximum points.

Chelsea would have counted themselves very, very lucky to get three points on the weekend after coming from behind to beat Cardiff in the dying moments. The decisions were going there way with an offside goal given and a clear penalty for Cardiff waved away which again has heaped criticism on manager Sarri once again.

With the likes of Kante and Hazard expected to be back in the starting line up for Chelsea, this could be a tough evening for the Seagulls who are still desperate for points to keep them in the league. However, they have caused upsets before and looking at Chelsea’s form, they will feel confident they can get something from the match.

Although Chelsea’s performances haven’t been the best for the last couple of months, they have still been able to grind out results which is what we expect them to do again in this one.

Manchester City will look at this game and know if they are to win the Premier League, they cannot throw anything away in this one. They are against a side in the bottom three and should be winning this with ease. With the likes of Sergio Aguero, Raheem Sterling and co all on top form, they should be able to put a few past there opponents.

Cardiff were very unlucky not to get anything from the game at home to Chelsea on the weekend and it was clear that manager Neil Warnock was not happy with the officials during the match. However, if they are to even give City a match in this one, they must put that behind them right away.

Manchester City won’t make any mistakes in this one and we feel they will put a fair few past the Welsh side.

Tottenham are another side who would have been devastated on the weekend as they conceded in the last minute of the match to lose away to Liverpool. It was a defensive error from goalkeeper Hugo Lloris who cost the point for Spurs but with the new stadium being put in action for the first time in this fixture, they will want to get a win in their first match.

Crystal Palace will be desperate to spoil the welcome home party for Spurs in this fixture and more importantly get the points which will all but guarantee themselves Premier League football next season. With the players this side have, they have a good chance of getting something from the match but it depends if they turn up and play at there best.

With Tottenham playing at there new home stadium for the first time, we can’t see them slipping up in this one.

Southampton picked up a huge win on the weekend, beating local rivals Brighton 1-0 away from home which has taken them 5 points clear of the bottom three. Another win here and safety will look very close to being secured but more importantly, it would spoil the chances of Liverpool winning the league which would delight the Saints faithful after the number of players that have swapped the south coast for Merseyside in recent times.

Something’s telling us that Liverpool could slip up in this one. Southampton are starting to play with a lot of confidence and will want to get points from this more than any other game this season.

Bournemouth have a comfortable run in now as it looks like they are safe from the drop, but have no chance of catching the sides up to 7th. They will just want to make sure they have a good end to the campaign to set themselves up for next season so they can keep improving year on year.

Burnley are still in a lot of danger of facing the drop this season and will want to get all three points in this one to take them away from Cardiff. Burnley have been very hit and miss this season and the result all depends on how they turn up because, on their day, they can destroy opponents.

Not the most glamorous of fixtures but one that means a lot to both sides. With Bournemouth being the home sie, we can see them snatching it.

Huddersfield fate was sealed on the weekend as the club were officially relegated down to the Championship after they lost to Crystal Palace and both Burnley and Southampton won. They will not just be playing for pride and more often than not, that can relax teams and make them play better than before.

Leicester will want to finish the season well and potentially make a late push for 7th. It’s been a very inconsistent season for the foxes but we think they can look forward to some successful years now they have Brendan Rodgers in charge. Once he has had a preseason and brought in some players, they could be a great side.

Although Huddersfield now have no pressure, we just don’t think they have enough quality to be able to compete with Leicester in this one.

Newcastle will still feel they are in a worrying position but another win will all but secure their spot in the Premier League next season. They have been performing very well at home over the last few months and will feel this is another great chance to get three points on the board. Salomon Rondon has been a class player for them this season and it would be a big surprise if they didn’t make that deal permanent.

Crystal Palace are in a similar position and will still want another win or two to make sure they are safe before the final few weeks of the season. With the quality they have, it would be a huge shock if they slipped up now and we think they could actually go back to London with something from this one.

A lot of quality on show in this game and a match we think will be very end to end and full of goals.

Everton have looked a lot better in recent weeks and are starting to show the promise many thought would be the reality this season. After another preseason, this could be a side who come out and push to challenge the top six next season. But for this season, a top 7 finish will still be the target.

The target for Arsenal will be to make sure they finish in the top four come to the end of the season. At the moment they are in but the way this season has gone, they could soon be out of it meaning they need to just keep winning to keep the pressure on the likes of Manchester United, Chelsea and Tottenham.

This is another game we think could be an entertaining clash between two in-form sides. With Arsenal still challenging for the top four and Ozil backfiring, we can see the Gunners winning it.

Chelsea’s second half of the season has not been too pretty and has now put their chances of Champions League football next season in danger. It’s out of there hands now but all they can do is keep winning and putting the pressure on Tottenham, Manchester United and Arsenal who are all above the Blues as it stands.

West Ham have a lot of quality at their disposal but a lot of them have been failing to fire to this season which has cost them over and over again. Finishing 7th now looks a tough ask for West Ham, however, they haven’t got anything else to play for so they could well go on a good run for the last few games to make a late push.

Although Chelsea have been poor, we think they’ll have enough in this one as long as they have the likes of Kante and Hazard starting in there best positions.