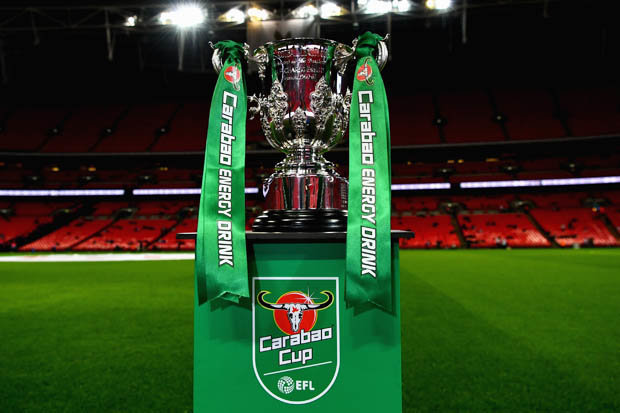 The third round of the Carabao Cup sees the big boys enter the fray with Arsenal, Chelsea, Liverpool, Manchester City and Manchester United all in action.  We take a look at a selection of fixtures bringing you our top tips.

The Kassam Stadium will welcome the star studded Manchester City as they take on Oxford City.  The Sky Blues visit is expected to draw a capacity crowd at the 12,500 seater stadium with much of the crowd hoping for what would be a historical upset.

That would be the first sell-out since January 2017 when the Oxford faithful witnessed their side beat Newcastle United 3-0 in the FA Cup 4th round.  That result will no doubt provide inspiration to the squad and have them believing that anything is possible

For the bigger clubs these fixtures may be seen as an unwanted distraction, but ultimately all silverware is important and none of the superclubs will want to be eliminated so early in the competition.  Will Pep Guardiola use this opportunity to rest a number of his stars.

We are confident that no matter what line-up the Spanish manager fields, City will have enough quality about them to eliminate Oxford.

This all Premier League encounter will see Wolves take on Leicester bring an extra touch of grandeur to the third round of the Carabao Cup.  Wolves had a tough fixture over the weekend as they battled with Manchester United.  Wolves have twice won the league cup, first in 1974 and then again in 1980.

Last time these 2 sides met was in match week 2 of the Premier League Jamie Vardy saw red.  Despite that, Leicester managed to take all 3 points at the king Power stadium.  With Vardy back in the starting line-up he will be relishing the chance to get on the score sheet.  The former Premier League champions have lifted the League Cup on 3 occasions, the last one in 2000 and they would love to bring the trophy back home.

We are tipping Leicester to progress to round 4 of the Carabao Cup.

The fans at the Hawthorns will be relishing the prospect of the return of Premier League football, even if it is only for one night as they welcome Crystal Palace in the Carabao Cup.

West Brom will be weary of their chances for an upset being familiar with Crystal Palace.  The 2 sides did battle twice last season in the Premier League with Baggies losing 1 fixture and the other ending in a draw.

Their Championship form so far has been decent.  They lie in third place 1 point behind the leaders.  If they can carry their form into this match an upset will be possible.

Crystal Palace have struggled so far this season in the Premier league.  With just 2 wins in 6 they may soon be down in the Championship.  For them this fixture will be an important opportunity to show that they are a Premier League caliber club.  Nothing short of a confident victory will be acceptable.

We are tipping Palace to come away with the win at the Hawthorns.

Manchester United will be disappointed with their weekend performance at home to Wolves.  That tie ended in a draw despite the Red Devil’s enjoying the lion’s share of possession.  Alex Ferguson’s return to the stands didn’t seem to inspire the team’s players the way the fans would have hoped.  They looked static at time and found it hard to penetrate.

The main culprits on the day had to be Sanchez and Lukaku who struggled to justify their places in the starting Line-up and their exorbitant salaries.  Jose Mourinho will expect more from his men and we have no doubt he will make them all to aware of this.  This visit from Derby will be a good chance to set things right again.

Derby come into this encounter fresh off a confident victory at home to Brentford.  Just 2 points off top spot in the Championship the Rams will look at this fixture as a chance to show they can mix it up with the big boys and convince themselves that they are deserving of a spot in the Premier League come next season.

This clash of titans is without doubt the highlight fixture of the round.  With one of the Premier League elite destined for early elimination we expect this to be a tense, high pressured encounter.

At the time of going to press both teams enjoy an unbeaten record in the Premier League and they will be keen to see that form to carry on in to the competition.

Liverpool thrashed Southampton 3-0 at the weekend as their high octane football continues to leave opponents looking off the pace.  Jurgen Klopp has managed to build a tactile comradery amongst the squad which has translated into fantastic performances on the pitch.  One can’t help but feel excited every time he sits down to watch Liverpool play.

Like Liverpool, Chelsea are rediscovering themselves.  The introduction of Sarriball at Stamford Bridge has rejuvenated a squad that only last season looked tired and past its sell by date.  The most notable revival has been that of Edin Hazard who has looked like a new man since the arrival of Maurizio Sarri.

We are tipping a Liverpool victory in what is definitely going to be an exciting encounter.

Much has been said about Arsenal’s form under new manager Unai Emery.  The Spanish manager was not seen as the natural replacement to Arsene Wenger, the man who helped transform Arsenal into a modern Premier League club.  Whatever the critics say, one thing is impossible to argue with, Emery has a pedigree when it comes to Cup competitions.  The Iberian boss will be relishing the chance of showing his talents in his natural elements.

Brentford should not pose too much of a challenge for Arsenal despite their Championship status.  The Bees were walloped by Derby County at the weekend and will need to dig deep if they are going to provide any resistance against the Gunners.

We are tipping Arsenal to run rampant in this fixture.

Spurs returns to winning ways at the weekend after having lost 3 games in a row across both domestic and European competitions.  Pocchettino will now want his men focused on their next encounter with Premier League rivals Watford.

These two sides faced off in the Premier League just over 3 weeks ago, with Watford coming away with a surprise victory.  For Spurs it felt like déjà vu, a classic meltdown after beating Jose Mourinho’s Manchester United 1 week earlier.  This will be a chance for his Spurs side to show that result was a fluke and that they are back on course for a solid season.

The Hornets failed to return to winning ways as they visited Craven Cottage over last weekend.  We expected them to take all 3 points but they failed to translate their dominance of possession into goals.  For Javi Garcia’s men this will be a chance to restore their confidence and rekindle their league form.  We expect a competitive encounter at Stadium MK.

We are tipping Spurs to banish their demons and take this fixture.

The final all Premier League encounter sees Everton take on Southampton.  At the time of writing Everton are yet to face-off against Arsenal in the Premier League.  As one of the busier sides in the transfer market over the summer we are expecting Everton to fair well this season.  Domestic Cups can sometimes be seen by a distraction, for clubs trying to challenge on the European front.

With no European football to distract them this competition may represent an opportunity for the Toffees to earn their first piece of silverware since 1995, and a side door into Europe.  Richarlison has arguably been their best buy of the summer.  E will be licking his lips at this fixture, having seen Southamptons shambolic defending at the weekend.

The Saints were trounced at Anfield last Saturday losing to Liverpool 3-0 as their defense was ripped apart.  Liverpool could have easily added a 4th and possibly a 5th but luck spared Southampton’s blushes.  Mark Hughes has struggled for ideas at the back and unless he has some divine inspiration we expect Everton to exploit the gaping hole at the back, but what do you expect when you fail to replace a player like Van Dijk?

We expect Everton to come out victorious at Goodison Park.

Check out all our football predictions here

UEFA Super Cup – Bayern Munich vs Sevilla: Sign Up With Bet365 To Back The Bavarians September 22, 2020 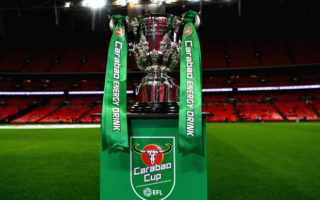 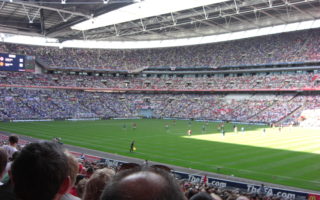 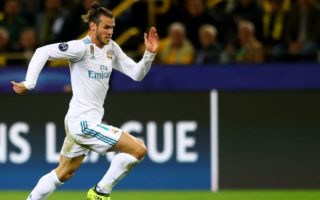