As the 2014 – 2015 season in La Liga drew to a close, there was almost a sense of inevitability surrounding Barcelona’s stunning treble victory. Anyone who did their La Liga football betting at Christmas would have received great odds on Barcelona winning the treble, as they seemed to be a toothless team who were not coming together as a unit. This of course changed very quickly.

By the beginning of the winter break in Spanish football, Real Madrid appeared to be runaway winners in La Liga, with Luis Enrique looking like a failed experiment as a manager. Suarez had returned in November, but he struggled to find his place in the team. Messi was playing in a central attacking position and so Suarez was forced onto the wing, where he was not effective.

The big tactical shift came when Enrique put Suarez in the centre and moved Messi out on the wing. This allowed all of Barcelona’s attackers to flourish, with each player complementing the other, creating an irresistible attacking threat. Suarez was able to stretch the play in the middle, which in turn created more space for Messi to play and more space for Neymar to run into.

Real Madrid looked invincible by the beginning of the Christmas break, but this quickly changed in the new year as the lack of balance in the squad made them vulnerable. Real Madrid overloaded their midfield with attacking players, whereas Barcelona created a much more balanced team by recruiting the likes of Rakitic to control the play.

Barcelona’s treble win is truly historic. No team has ever won a treble twice before. Barcelona won a treble back in the 2008 – 2009 season, with seven players of the current squad winning trebles in both campaigns. This was an incredible year for the football club and the fans will be hoping that there is much more to come. 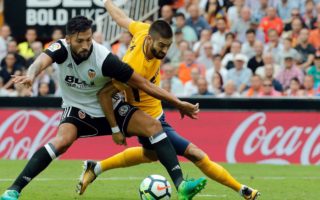